Illegal Toothpaste talks exclusively to the newest (as of time of writing) Streets of Rage PSN top scorer mere days after the taking of his crown.

This reporter met with the champion in a local drinking establishment. This gentleman, who prefers to remain nameless for reasons soon to become apparent, seemed to have not slept in some days and was clutching his whisky bottle with a fierce determination that would surely see him dead before the dawn. Once we start talking, however, a complete change comes over his demenour…

IT (Illegal Toothpaste): So, it must have taken quite some time and dedication to achieve the top score in not only the All Time Best Scores in the normal mode but also in the Hardcore mode as well!

MC (Mystery Champeroo): Two days of playing, I didn’t have anything better to do and I remembered playing this when I was a kid.

IT: So what do you think you have that allowed you to get up the very top of this hyper-competitive scene where others had failed before?

MC: I really don’t know, I think it might be that they suck.

IT: So do you get anything for being the top of the heap? Perhaps a trophy or pile of food?

MC: I get attention, a lot of attention. I’ve had friend requests out the wazoo from people I’ve never heard of and don’t care to know, and people asking me for help with trophies they can’t get.

IT: Tell me about that. 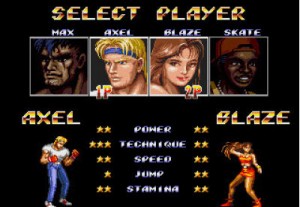 MC: Like there was this one guy who asked me for help, but as you can tell I’m a big-shot champion now so I don’t have too much time. Still, I help out my peeps, but this guy…

MC: He was terrible, he didn’t know his Tiger Uppercut from his Gadouken.

IT: I think that might be a different game.

MC: Really? Well, he was bad, but anyway, let me tell yous – it ain’t all flowers and buttercups at the top either – I’ve been receiving hate mail as well as various proposals from all the ladies of the PSN that I’ve had to politely refuse.

IT: Tell me more about the hate mail.

MC: Someone saw that I was playing Infamous that I got off the free games thing and sent me spoilers for Infamous 2 disguised as a cake recepie.

MC: Terribly delicious! I never knew that you could get married to the Beast of the end of days, it’s really quite enlightening.

IT: How has this affected the people around you?

MC: My cats have taken it very hard. When I was on the toilet they manged to open the door and attack the light cord so the light went out and now I poop in the dark to avoid the pain of such a betrayal happening again.

“I poop in the dark” 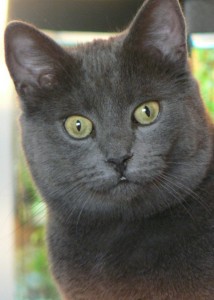 MC: Some people don’t understand what it takes to be a champion, some people think that I’m a fraud, a joker.

MC: (enigmatically) Wouldn’t you like to know? All I’ve got to say to all you haters out there…

MC: … Is leave me alone! (breaks down and starts sobbing) I’m just a man!

At this point the interview had to be cut short as MC wasn’t able to continue. Chilling words from a champion brought low by the pressure of his position. Frankly, it makes me wonder why people bother. Reporting from a pub near you.

As always, please leave questions and comments below, it may be possible to ask further questions of the above interviewee.